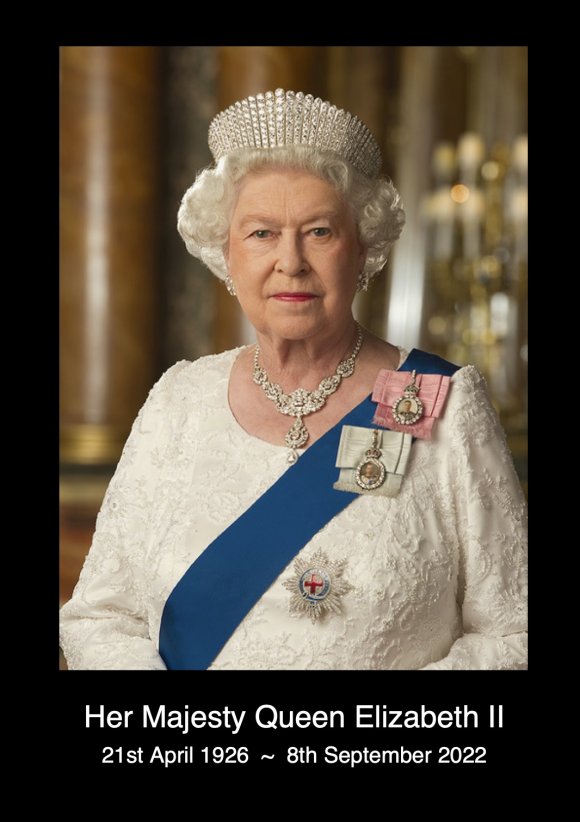 It is with great sadness that Hemingford Grey Parish Council learnt of the passing of Her Majesty The Queen.I know that this loss will be felt deeply by many and on behalf of all those living in Hemingford Grey I extend our thoughts and condolences to all members of the Royal Family. We will be writing to them on behalf of the village to express our deepest sympathy for the loss that they are experiencing at this time.

For over 70 years Her Majesty The Queen dedicated her life to serving our nation, providing us with stability and strength. The country has lost a truly dedicated public servant.

During the period of official mourning, all Parish Council meetings will be suspended.

All books of condolence are now closed.

The Hemingford Abbots Parish Church of St. Margaret of Antioch will be holding a vigil in the church on Sunday 18th September at 6pm.

Following the Queen's funeral, a memorial service will be held on Wednesday, 21st September at 10am at St. James' Church in Hemingford Grey.

The Queen's state funeral will take place on Monday 19th September at Westminster Abbey in Central London, beginning 11.00am, which will be televised. The Queen will lie in state at Westminster Hall before the funeral, allowing members of the public to pay their respects.

The Government have also announced that Monday 19th September will be a national bank holiday.

Environment Working Group (EWG) - If you care about where you live and want to become more involved in improving your parish, join us at EWG, Reading Room, High Street, Wednesday 28th September at 7.30pm. For more details contact: anne.meredith@hemingfo… bit.ly/3Uv5pPX

Community Bulb Planting Saturday 8th October 2pm. - If you would like to help us plant some spring bulbs join us at Daintree Green or Vicarage Fields on Saturday 8th October at 2pm. All are welcome - please bring a trowel and some gloves if possible. Fo… bit.ly/3qZ6guK