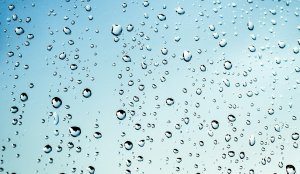 Councillor Waters has spoken to John Hesp, a village resident and retired EA engineer who helped design our flood defences and helps us with drainage and flood issues. He is not advising anyone to move their furniture upstairs and can be quoted on that.
Although the river here is still rising he has spoken to the Environment Agency who believe that the peak will be around midnight and will then go down very slowly. Apparently our immediate area- including the Alconbury Brook and River Kim catchments had 53mm of rain yesterday - twice as much as in Bedford and further upstream. The result was the very quick rise we experienced today whereas the upper catchment peak will not come for 48 hours and will not be as high.
He confirmed that the Filberts Walk pumping station is working as planned - without it Victoria Terrace would already have been flooded!

Note also that the Meadow Close residents have, as they do regularly, put up a sandbagged barrier across the bottom of Meadow Lane (beyond the current demolition site) where the water is already reaching the same level as the flooded meadow despite the penstock being closed.

HDC are fully occupied with flood relief efforts at Alconbury and Ramsey and ask for any emergency calls to be made to 999.

Village Christmas Tree - Following the purchase of additional lights by the Parish Council, the village Christmas tree on Vicarage Fields is now fully looking absolutely fantastic. Why not take… hemingfordgreyparishco…

Advance Notice of Roadworks - The following roads will be subject to closure and diversion at various times between February 2023 and July 2024: B1040 St Ives Road, Hilton B1040 Potton Road, Hemingford Grey B645 Hail Weston Road, Great Staughton Drivers… bit.ly/3GQ4C81